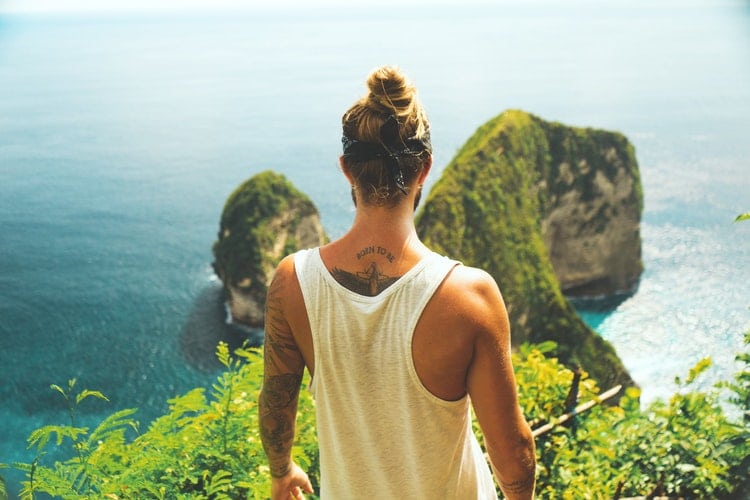 Have you been contemplating growing your hair out and rocking the man bun but are afraid that you will look basic? Man buns seem to be a style that people either love or hate, but they are currently on trend. There are many ways to wear it, and you may be wondering how you would even start to achieve the style. Fear not, with a little patience and knowledge, you will be on your way to creating a stylish hairstyle that is anything but basic.

As with everything else, not everyone has what it takes to make this hairstyle work. We have all probably seen someone with a bun that just doesn’t look right but can’t pinpoint exactly why.  Let’s take a look at what a man bun is, a little history behind it, the best candidates for it, and different styles you can rock without looking basic.

What Is a Man Bun?

Originally, you would predominantly see hipsters rocking this hairstyle. Now though, it has become a mainstream look for men. A man bun is when a man pulls all of his long hair back using hair ties to make a “loop” or “coil” shape. There are different styles, with some men wearing their hair more on the top of their head than others, while some wear it messier than others.

Many people think that this is a recent trend created by hipsters, but this look has been around for a long time. Chinese and Japanese men have been wearing their hair in topknots for more than 2,000 years. It was also seen in Roman times, though it was considered a style for barbarians and was actually shunned by the upper class.

Times have changed though, and man buns are growing in popularity. First, David Beckham sported one, and things took off from there. Next, we saw Jared Leto and Chris Hemsworth with them, which led to Leonardo DiCaprio and then Orlando Bloom. Since then, its popularity has grown tremendously although it is kind of a “love it or hate it” type of hairstyle.

Who Should Wear a Man Bun? 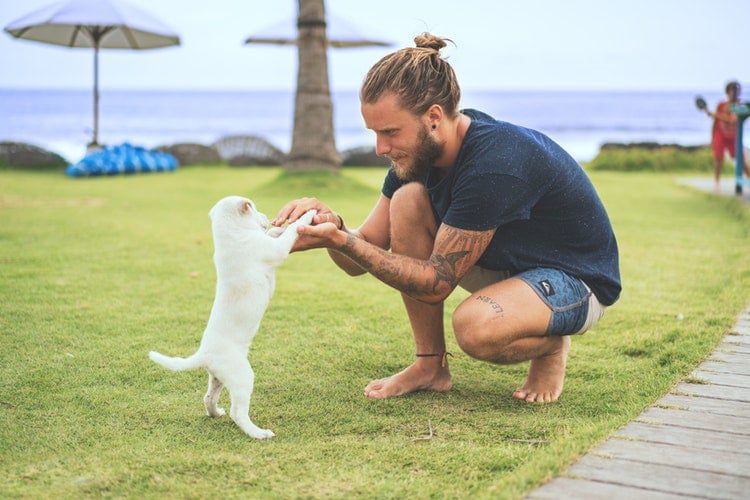 If you have what it takes to wear a man bun, then don’t let anyone stop you. However, there are some prerequisites to create a truly good looking man bun, and you should take that into consideration before busting out the hair ties.

Not every hair type is right for a look such as the man bun. Thick, coarse hair will not only be hard to manage but can also make your head look bigger than it is once it is pulled up, which isn’t exactly the flattering look you are going for. On the other end of the spectrum, hair that is too thin will look off as well, especially if you have a receding hairline. The best hair will lie someplace in the middle.

If you want a man bun, you will need to get it started with a little bit of patience. In order to have it look right, you will want your hair to be at least six inches long. You need to have not only enough hair to pull back but also enough to pull back through the tie to create the bun shape.

Different Ways of Rocking a Man Bun to Avoid Being Basic

You may be sold on the idea now. You may be thinking, “I want to give the man bun thing a try, but I want to avoid being basic with it.” Below are some hairstyles to try if you’ve grown out your hair and are ready to try the bun.

Despite the name, the classic bun is anything but basic. This is assuming that you have the man bun prerequisites we discussed earlier in this article. This style looks the best if you have hair that is around shoulder length. Take your hair and pull it to the middle of the back of your head. This look is easy to achieve and will look great.

So you have been growing your hair out for a bit and are ready to start sporting your man bun. The mini bun is great for those who have hair that is less than shoulder length but long enough to pull up. The best way to achieve this look is to pull your hair on the lower portion of your head to keep it from getting loose and coming apart.

This is another great one if you don’t have a ton of hair to work with. With the half bun, only the top portion of the hair is pulled back, leaving the rest of the hair loose. Even though this is a great option for those with shorter hair, it can look great with medium and longer hairstyles as well. If your hair keeps getting loose, you may need a little product to hold it in place.

If you desire a more edgy look, the messy bun may be for you, especially if you have naturally textured or wavy hair. This look is a more casual take on the man bun, but it is still extremely stylish. Skip brushing your hair; instead, loosely bring your hair into a bun at the nape of your neck.

The top knot is a bun that sits towards the top of your head rather than the lower portion or middle. You can make it look as messy as you like. Both styles will look great as long as the placement is correct. Gather all of your hair and place it at the top head on the crown or higher.

This top knot is the next level, and only for those who dare to shave off the lower portion of their hair in a trendy, disconnected undercut. Styling will be easy as you only need to pull up the hair that is not shaven. While this look may be too daring for some, it will be easy to pull off for those who go for this look.

As mentioned before, Asians were wearing man buns long before they became trendy. Why not learn from the masters? To get the Asian inspired bun, tightly pull all of your hair back, keeping it secured to the back of your head. This bun is usually placed somewhere between the middle and top. To complete the look, you can add a hair stick or two if you’re feeling confident.

Another style to make you stand out from the crowd is to add some braids to your bun. If you aren’t familiar with braiding hair, it may seem tricky to you at first; however, is actually pretty easy to get the hang of. Practice makes perfect, of course, so take some time to learn how to braid. Start with a simple braid, and then you can work up to more intricate techniques. The end result will look unique but trendy.

If you have dreadlocks, you don’t have to be left out of the game. Not only will your bun look amazing with dreadlocks, but is a practical hairstyle. Pulling back your dreadlocks during the hot summer months will not just look trendy but will keep your neck from getting sweaty.  The best way to rock this look is to loosely pull your dreadlocks back, giving you a carefree style.

Pairing your bun with a beard isn’t one type of look as you can do this with any of the styles mentioned above. A beard adds a layer of masculinity to the man bun look. Keep in mind that this look will take some extra patience as you will not only have to grow out the hair on your head but your facial hair as well. 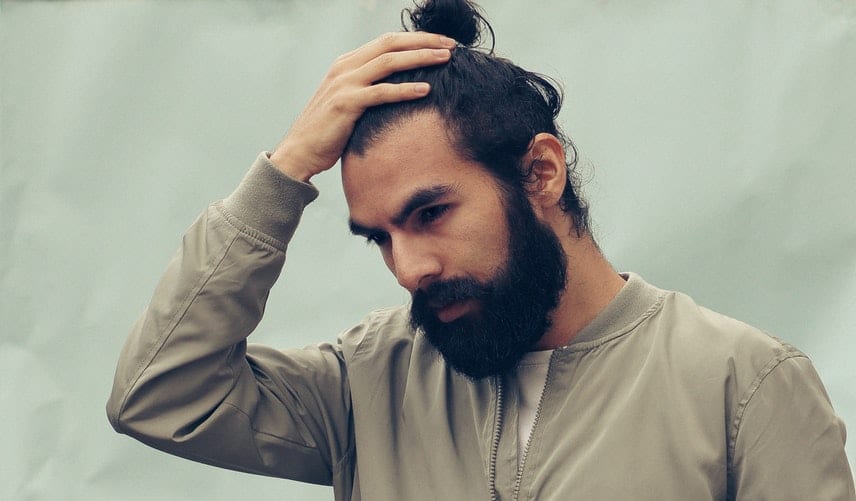 Some people think the man bun is an incredible look, while others aren’t fond of it at all. Although it is a hit or miss kind of look, it is still trendy, fashionable, and anything but basic – if done correctly. Not everyone has the hair that it takes for it to look right, and the length of your hair and its texture should be taken into consideration before taking the time to grow your hair.

There is no one look that works, and, in fact, there are probably thousands of ways you could rock this style. It all depends on what you are going for. Choose the look that fits your style best, and you will most definitely be rocking the man bun and looking anything but basic.

Mia is our junior copywriter and professional hair stylist. She is now working as a hairdresser in West Hollywood and dreams of opening her own salon. Mia is an Economics graduate who has found her true career path by developing a natural passion for men hairstyles and experimenting with vibrant colors. In her free time, Mia chooses to bond with her pets and share her work experience with our readers.

This site uses Akismet to reduce spam. Learn how your comment data is processed.